In case you haven’t already heard, Amazon and Alibaba are adding distribution to their arsenal of offerings. So what does this mean for you as an independent seller?

eCommerce delivery across the globe is usually handled by a combination of national postal services and logistics firms such as DHL and FedEx. The former is cheap but slow, the latter fast but costly. eCommerce giants Amazon and Alibaba are always striving to be faster, cheaper, and easier… and now they’re developing their own distribution arms. As of now, these are country-specific: Amazon Logistics in the UK and China Smart Logistic Network.

These distribution arms have big dreams. Amazon Logistics in the UK is designed to compete with the likes of UPS and DHL. Meanwhile, Alibaba has already spent close to $16 billion in developing China Smart Logistic Network that currently delivers 25 million parcels a day, and estimates to reach 200 million parcels a day in 10 years.

So what does this mean for you if you’re an independent seller?

In a best-case scenario, the economics of supply-and-demand offer the hope of faster and cheaper shipping on the horizon all around.

At worst, the benefits of faster delivery and cheaper shipping will remain country specific, limited to the UK and China. 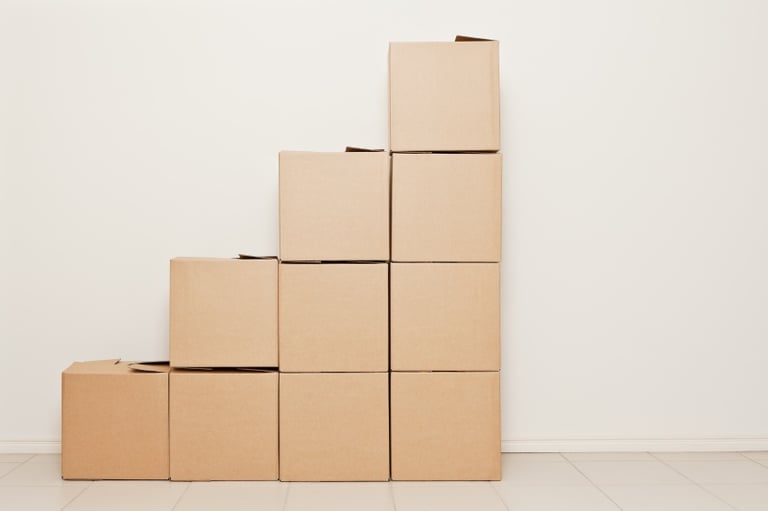 On Singles Day in China, Alibaba processes about 278 million orders, surpassing $9 billion in sales over the course of a day. With so many orders and China’s comparatively underdeveloped logistics infrastructure, there is the need for better shipping and logistics to fill that gap. Alibaba CEO Jack Ma mentions in an interview with CNBC that he worries about delivering all the packages on time, especially since China’s existing courier service network is overwhelmed by the popularity of eCommerce in China.

This inspired Alibaba to form a joint venture with five major express delivery companies in May 2013 to create China Smart Logistic Network, in which Alibaba has a 48% stake. Their goal is to be able to deliver a package anywhere in China within 24 hours of an order being placed.

The flip side of this increased efficiency lies in the creation of a possible monopoly by China Smart Logistic Network. At risk are the state-owned China Post and smaller courier servicing companies, which may soon be squeezed out of the market. Honestly though, unless China Smart Logistic Network sets exorbitant delivery charges, the onus is on these smaller courier services to innovate and stay competitive. After all, they had years to do so before the Alibaba group came along.

This is still in the early stages, but it looks promising. So far, Amazon has been relying on third-party services when it comes to package delivery: UPS and their counterparts for expensive items, and the U.S. Postal Service or similar couriers for everything else. The biggest advantage for Amazon to operate its own delivery service is that it has full control over when items are delivered, and that Amazon manages an item from the moment it is ordered to the moment it is delivered. Especially during peak shopping season, when shipping companies tend to face delays due to the amount of packages ordered.

Amazon has begun using a fleet of freelance drivers who deliver under the Amazon brand instead of using third-party services for delivery. Reviews are mixed: one customer in San Francisco cites his Amazon delivery as the most polite he’s ever received; another in the UK says that the service has become less efficient and orders cannot be tracked since they need not be signed for. So how does all this affect you?

At the moment, it is too early to guess at the impact of Amazon Logistics. Unlike China’s lack of a strong logistics infrastructure, the U.S. and U.K. have way more efficient systems. Of course, all these are subject to change, especially since the U.S. Postal Service is attempting to impose cost-cutting measures like closing post offices and eliminating weekend delivery. However, Amazon continues to broaden its product range (just look at the new Amazon Launchpad: a marketplace for startups), suggesting that the eCommerce industry is only going to keep growing, and the demand for courier services is likely to rise.

If you are selling on Amazon, and using the ‘Fulfillment by Amazon’ option to save you the hassle of shipping out individual packages, Amazon Logistics could potentially result in lower shipping costs since everything will be done in-house.

And we’ll let you know the latest developments on this as we hear it.

3 Lessons startups can learn from Alibaba
Are e-Commerce businesses turning into logistics companies? - an interview with RedMart’s CEO on the operations backend
4 things you can learn from Amazon's personalized follow-up emails