Siri and Alexa might be the “It Girls” of voice technology right now but they were hardly the first. Did you know that voice technology dates as far back as the 1960s? In 1961 IBM built a computer called Shoebox that was able to perform mathematical functions and speech recognition. Shoebox could recognize 16 spoken words and the digits 0 through 9. An amazing feat considering the first mobile phone was only invented in 1973 and the technology that built the internet did not exist until 1983. Voice technology beat them by decades.

Record your key metrics, marketing channels and performance data in one place whilst pre-populating key reports so you can easily see how you’re tracking.

And it is precisely because of this hurdle that since 1961, voice technology has hardly made any progress at all. Natural language processing - the ability for computers and software to understand speech as it is spoken, including nuance and intent - is extremely challenging, and it’s been only in the past 5 years or so, with the rise of Apple and Amazon, that we’ve begun to see real strides.

Comscore predicts that by 2020, 50% of all searches will be voice searches. If you’ve ever asked Siri or Alexa a question and been comically misunderstood, you might be feeling quite skeptical that voice is the future of commerce. However, Mary Meeker’s Internet Trends report for 2016, estimates that there were 35x more Google voice search queries in 2016 than in 2008. Amazon sold 5.1 million Amazon Echo units its first 2 years on the market. These trends tell us one undeniable truth; voice technology is on the up and up, so a logical assumption is that voice commerce will be too.

Voice commerce could remove friction from the customer experience. 20 years ago, you would have had to go to a cinema and queue for an hour to buy tickets to a movie. Today you can purchase those tickets online with a few clicks. With voice search, you would eliminate those clicks and start your buying process with a simple query like the one below;

Just like that, voice search speeds up the buying process tenfold, just by ironing out the customer experience. You could make purchases while doing literally anything; driving, taking a jog or even in the shower. Voice search brings commerce seamlessly into your daily life.

Taking it another step further, voice enables a greater level of personalization in commerce than was previously possible. Take Adobe’s prototype for Alexa that can recognize patrons in hotel rooms without having them log in. Alexa verifies their identities by asking for the room number and can make personalized product recommendations to that guest, such as recommend a great vegetarian restaurant nearby if a patron has dietary restrictions, or a free drink at the bar below if its happy hour. 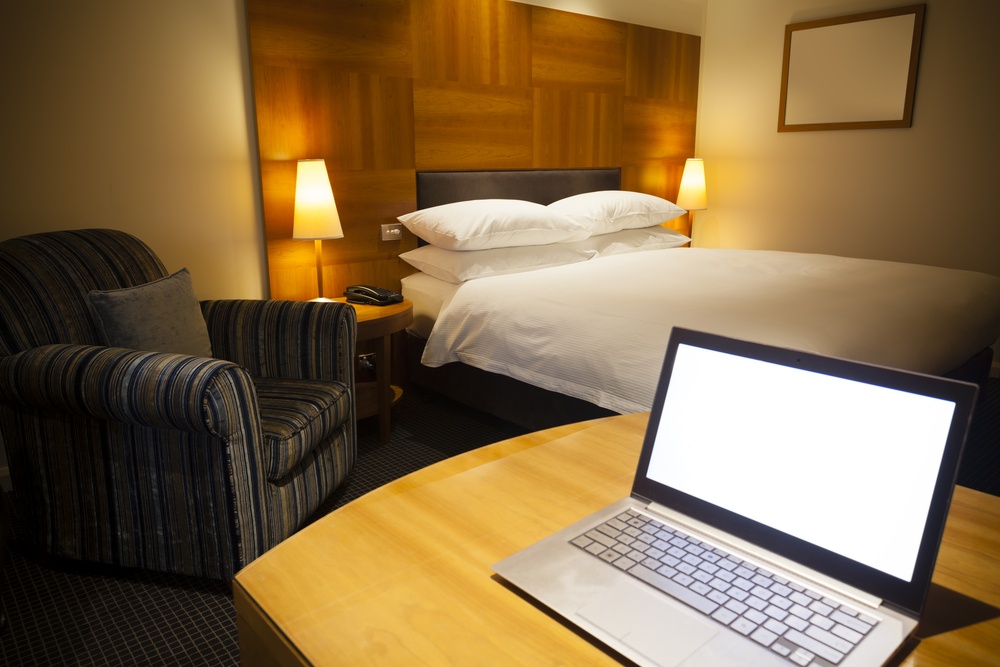 These personalized interactions are useful both to the consumer and to the merchant. The consumer interacts with products and experiences tailored to their preference and the merchant can use this technology to gather data on consumer trends and expectations.

The biggest challenge that many businesses will face with the rise of voice technology, is preparing their stores for voice search. SEO optimization is based on search-engine algorithms that determine the value and relevance of the written content on a particular site or store.

The first thing eCommerce merchants will have to do is re-evaluate their content and adapt it for natural-language search queries. Spoken queries are likely to be longer than typed ones and will probably be in full sentences. Therefore when optimizing for voice, focus on long-tail keywords that are more conversational in nature.

An example would be to include locations and price ranges in your content to cater for queries like,” “I’d like to find a reasonably priced hotel in Paris, preferably near the Eiffel Tower”.

Although a content overhaul is daunting, the ROI is considerable too. As a recent study by Gartner reveals; “By 2021, early adopter brands that redesign their websites to support visual and voice search will increase digital commerce revenue by 30%.”

Another thing merchants should keep in mind for devices that are voice-first, like the Amazon Echo, the buyer does not have visuals to refer to as they would on a laptop or mobile phone. Therefore it is not only SEO that matters, but the entire approach to writing product descriptions and product attributes. Merchants need to come up with concise, engaging ways to describe their products.

For merchants with a brick-and-mortar presence, one strategy could be to focus their eCommerce website content on local searches. Research has found that voice searches tend to be more localized in nature, in other words the consumer is looking for a specific product or service in their vicinity. So if you run a cafe in Palo Alto, tailor your content online to reflect your location and, as always, follow traditional SEO best practices.

Voice commerce is undeniably attractive to the consumer because it offers both convenience and personalization. For merchants, it is a unique opportunity to leverage on the growing number of voice-first devices on the market and the increasing number of people who are relying on voice over other means of search. Tools such as TradeGecko B2B eCommerce Platform that allow you optimize your store for search engine discoverability give merchants a chance to get ahead of the trend and yield optimal results.