What goes into dressing a professional athlete on their off days? You’d be hard pressed to find a brand that knows how to do it  better than UK based brand Chess London, which counts two former professional footballers among its directors.

Since their inception in 2010, they’ve dressed footballers, rugby players, cricketers, boxers, surfers, and free runners (among others) in their interpretation of classic British tailoring. TradeGecko helps Chess London to manage their inventory across multiple sales channels -- from their online Shopify store to traveling England in a winnebago mobile store -- ensuring they’ll always know where every item of their product line is.

Chess London caters to the athletic silhouette of broad shoulders and a slim waist, offering sportsmen ready-to-wear clothes that will fit them better than the high street brands tailored for the physique of the average man on the street. If you’re wondering about the pedigree of their fanbase, look no further than international cricket star James Anderson, who approached Chess London to design a collection unveiled in April 2014. On his foray into fashion, Anderson says: “Athletic men do have good bodies and we want to show it off” - and Chess London lets them do just that. Other fans include Liverpool goalkeeper Simon Mignolet, who chose the brand to design his wedding suit.

When a new customer comes to the website, they think: “All these guys who I’ve heard of wear and like these clothes, they’re happy to be featured on the website”, adding credibility to the brand.
-- James Rose, Chess London COO. 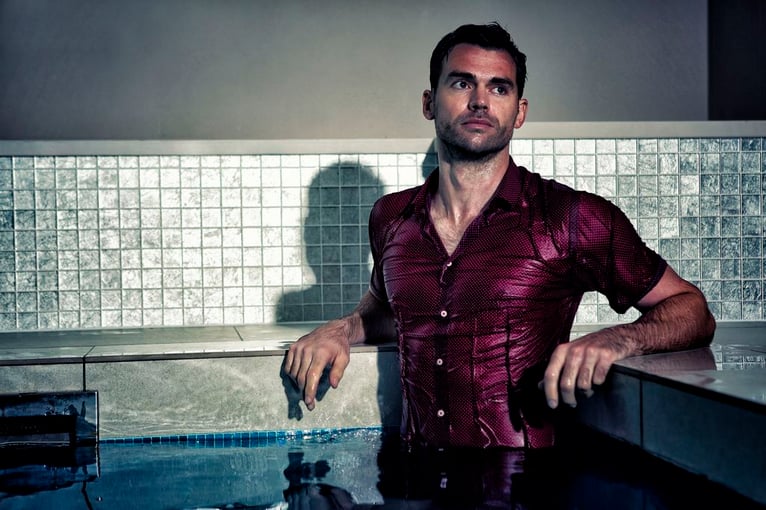 While footballers started buying Chess London because they knew the directors, the combination of athletic fit and quintessential British tailoring won them over, and they started tweeting and uploading pictures of themselves dressed in Chess London.

It’s not a far cry to say that Chess London is the brand of choice for some of England’s leading sportsmen, since their customers look to them for made-to-measure services when they have special occasions - black tie events, end of season dinners, and even weddings!

However, having a celebrity clientele can require a brand having to think up new ways to let customers shop in comfort without being mobbed by fans. Chess London’s solution is to send these customers a package of selected new products every season, along with a note that essentially says: Pay for what you want and send back what you don’t.

In addition to this unique service, Chess London also has an online store on Shopify, sells through a few retailers in the south of Manchester, does pop-up stores on the grounds of football clubs using a large Winnebago as a mobile shop and have recently opened their first store in Buckingham, close to Milton Keynes.

Managing inventory and sales orders across five different sales channels is a challenging task, and that’s where TradeGecko comes in to help.

Coordination is key to success

Before TradeGecko, Chess London was using Shopify to manage their inventory. While Shopify’s inventory tracking works great within the eCommerce platform, it was never made for multichannel sales.

Priding themselves on quality over quantity, Chess London only produces a small amount of stock with every manufacturing run. This limited amount is spread across retail stores, their mobile shop, pop-up stores, and their Shopify store -- all managed through the one warehousing option on Shopify. Needless to say, soon enough potential customers were purchasing clothes marked ‘available’ on the site... but these were actually traveling the country in the mobile store. In order to avoid losing a customer, Chess London had to send someone over to pick up the items from wherever it was located.

Finally, Chess London decided they’d had enough. They went on the Shopify app store to look for an inventory management solution that would give them the multi-warehouse option they needed, while integrating seamlessly with Shopify and Xero (for product invoices), and they found TradeGecko, which fit best with what they were looking to do… complete with the bonus of getting UK tax rates working right!

Without TradeGecko helping us to manage stock in different places, we’d be spending 75% of our day trawling through emails, inventory on Shopify and spreadsheets trying to track down where everything is.

Completing a hat-trick with TradeGecko

First, TradeGecko’s inventory management system lets Chess London know where everything is, and allows them to track stock movement in real time across different channels. Now, they can spend more time on growing their business.

One way of doing this is by experimenting with the B2B eCommerce Portal as a means to improve their supply chain management. As new stock comes in, Chess London plans to take simple product photographs (nothing on the level of their amazing lookbooks though!) and upload it onto their eCommerce portal. The brand then sends the link and password to their retailers, asking them if they’d be interested in the upcoming collection. As of now, only 5-10% of Chess London’s revenue comes from selling to retailers, but they’re hoping TradeGecko’s B2B eCommerce platform will help them change that.

WIth TradeGecko’s B2B eCommerce platform, Chess London will also be able to know their retailers’ demand before they commence production. And this is where TradeGecko’s Backordering function comes in, improving the logistics and efficiency of how things get done. In the words of James, “what we hope for in the future is to show the samples through the B2B system, let (retailers) place orders, and we’ll be able to order this from the suppliers and send this directly to the retailers.”

Chess London is looking to open a flagship store in Manchester offering made-to-measure clothing for any man who’s keen on channeling their sports-meets-class aesthetic under their new House of V brand. With TradeGecko taking care of inventory management on the ready-to-wear side of their business, Chess London can now focus their efforts on bringing their bespoke offerings to any man who wants to look their best.

DEAD Studios: spectacular growth with their inventory under control 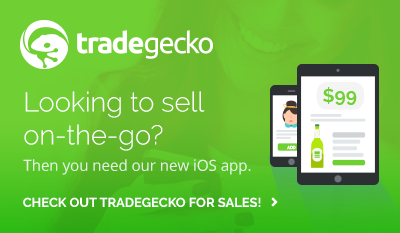