Stop what you’re doing and take a moment to dream with me. Imagine a world where bottles of beer arrive on your doorstep regularly, just when you need them the most. Imagine each bottle tastes just right, as if it knew, somehow, exactly what you need to satisfy those snowflake-unique taste buds of yours.

And now, stop imagining, because this can be a reality, if your doorstep happens to be in the UK. What sorcery is this? you ask. It’s not sorcery, it’s eCommerce.

Presenting Honest Brew, a craft beer retailer and subscription service that aims to make craft beer experts out of all of us. We spoke with Andrew Reeve about how Honest Brew is slowly but surely disproving the notion that you have to be a total beer geek to enjoy craft beer (no offense beer geeks, you’re cool too!).

The story behind the brews

On a night a few years ago in the UK, founders Frank and Andrew bonded over beers about their love of...beer. They started brewing their own beer and retailing several others. Frank and Andrew added a couple more specialists to their team, and Honest Brew was in business. They set up a retail website in 2014. Shortly after, they introduced subscriptions, and it all took off from there.

Now, two years later, Honest Brew stocks over 120 different craft beers, and ships tens of thousands of bottles per month to happy customers. The main star of the show is their customized subscription service. Using a tasting kit sent to the customer and a system of beer ratings, Honest Brew picks out unique brews catered to each customer’s taste and delivers them to doorsteps around the UK.

As craft beer lovers and brewers, Honest Brew aims to spread that passion to other people. While consumers usually buy beer based on price and brands they know, HonestBrew wants people to feel confident buying on another major factor - taste.

“There’s a really good experience that you get when you go to a craft beer bar or a bottle shop, where you rely on them to give you some guidance on discovering new beers. We thought - we can do the same online and deliver to people’s homes, so that customers still get that good experience.”

No beer goggles for HonestBrew

When it comes to deciding what beer to carry, Honest Brew is focused on high-quality breweries that share their passion for good beer. They source from all over the world: New Zealand, Australia, Japan, across Europe, and the USA.

“We like to work with suppliers who are different and interesting, and we love the stories behind brewers themselves. We know a lot of our suppliers really well, which is good in this collaborative industry where each brewer has their own story to tell.”

Two expert beer tasters work at Honest Brew (sign us up for that job please!) who select the best beers to carry. To help customers get the best experience, HonestBrew categorized beers into 6 different profiles, and developed a tasting kit that helps customers work out what they like. Customers can also rate beers as they try them, further expanding the customization of orders.

“The idea is that we send you 12 unique beers each time that you love. It becomes a discovery journey for people. We’re not just selling beer, we’re creating a community."

This community is great for suppliers as well. Honest Brew gets anywhere from 60-80 ratings per day, which are published on their website. Breweries can use that as feedback on their product and even if it’s a completely new beer, they can have immediate feedback from thousands of customers.

The bitter taste of manual operations

So, what about the backend operations of all this brew? With multiple suppliers based all around the world, customers across the UK and thousands of SKUs, isn’t this a logistical nightmare? It used to be.

When Honest Brew first started, they had a spreadsheet calendar with all their customers names to manually kept track of inventory and subscription terms. Forecasting and growth metrics were based purely on estimates.

For their inventory, Honest Brew first sold a lot of beer on consignment. They had little control over their inventory, but it was great in terms of cash flow. Once they began to grow, they realized that they would have to move their inventory in-house to a system that could scale.

They began to hold inventory, manage SKUs, create purchasing processes and manage invoices. It was at that moment that they knew if they wanted to grow even more, they would need an automated system.

TradeGecko connects all the dots

Honest Brew tested a lot of inventory management systems. They knew they needed a system that would work well with their two major aspects of business: WooCommerce, on which their online store is built and Xero for accounting.

TradeGecko stood out to them as the best option for those integrations and they were confident that it worked with WooCommerce, but that it would also work with their unique business needs.

“TradeGecko was flexible enough to connect to our existing business structure. It is a solid product that we knew would be around and would grow with us.”

When TradeGecko integrated with Crossfire EDI, the decision was complete. Honest Brew uses a 3PL with a warehouse based in the UK. All the breweries supply into that warehouse, so the beer is stored there and picked, packed and shipped from there. They use Crossfire EDI to facilitate the flow of orders between TradeGecko and the warehouse.

The Crossfire integration takes an order from TradeGecko and translates it into terms that allow it to be automatically uploaded and processed into the 3PL’s system. The order is then picked, packed, and dispatched.

Tracking details are uploaded back into TradeGecko, where the order is marked as fulfilled, and shows a tracking number and who it is shipped by. TradeGecko then tells WooCommerce that the order has been shipped and an order confirmation email is sent to the customers.

Enabled by the Crossfire EDI integration, the entire backend process is straight-forward and automated. 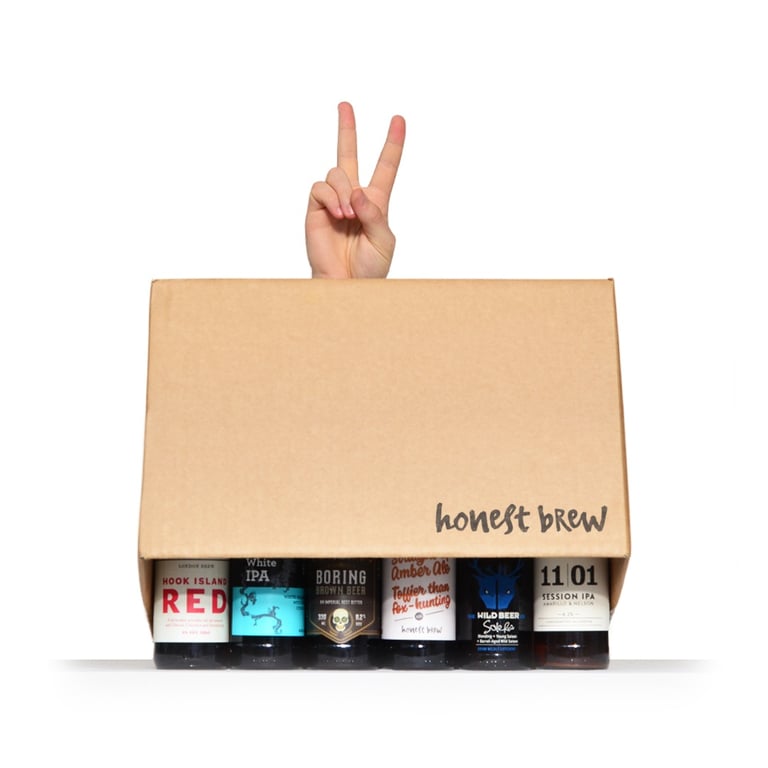 The current state of affairs

With TradeGecko, the entire order process from the customer’s side is automated and running smoothly. Also when it comes to purchasing, they are able to simply create a purchase order, and email it off to both the warehouse and the seller.

TradeGecko has also opened up other opportunities for them as far as expanding into other sales channels, thanks to the automation. Overall, TradeGecko have saved them a lot of time.

“It’s such a big time release to know exactly where your stock is. Having this automation and stock accuracy gives us so much more confidence in our processes. If we were managing all this manually, we would need at least 20% more headcount just to run the business. I would rather use that resource towards identifying more interesting brews for our customers.”

A match made in craft beer heaven

Honest Brew is quick to recommend TradeGecko to their partners and other brewers they find along the way. Why is that? Andrew explained:

“A lot of craft brewers are innovative and keen to adopt new technology and processes. It’s in their nature. Most craft brewers are using modern cloud-based technology. Sometimes when we’re all literally meeting for a beer, we share solutions that we’ve found. TradeGecko always gets our recommendation for inventory management.”

The future of Honest Brew

Honest Brew is committed to expansion. Over the next 2 years, their main goal is to focus on the UK market and spread the word to potential customers who may love the concept, but simply haven’t heard of them.

Honest Brew is bringing quality craft beer to beer lovers and novices alike across the UK.

Its success is proving the legitimacy of several ideas: that quality should always win out over quantity, that communities can be created regardless of location, and that some of the most awesome business ideas come from late night bonding over empty bottles of beer.

Find out more about HonestBrew here.

Selling on the go with the TradeGecko for Sales mobile app

A quick guide to wine distribution in Singapore