The idea behind selling through social media is one that makes perfect sense. Given that millennials are very attached to their mobile phones and social media, selling through these platforms could create eCommerce marketplaces that will change the retail industry.

With over 50% of eCommerce traffic already coming from mobile devices, one can guess the number would only further increase if people shop as they surf social media, which already takes up 28% of time spent online. 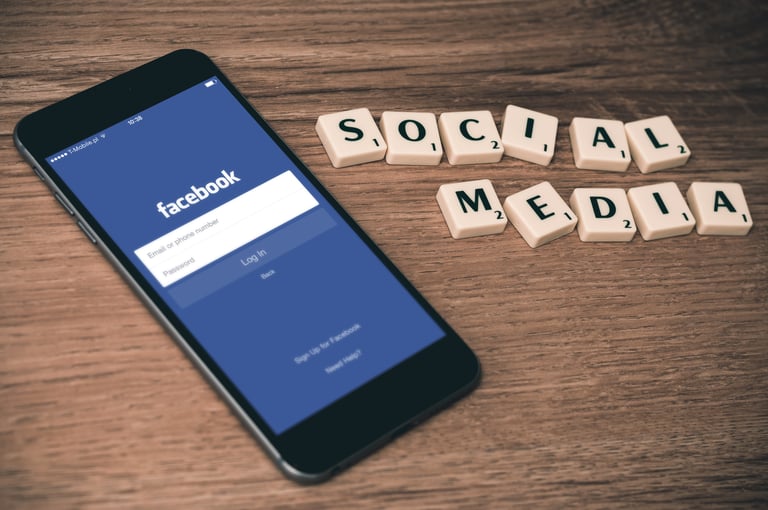 Facebook, Twitter, and Pinterest have already released test runs of “buy” buttons on their sites, allowing users to make purchases as they browse products on their social media feed. Given the extended testing phase, it seems that these platforms are serious about entering the eCommerce game.

What does this mean for your business?

The obvious benefits are increased exposure, a way to reach out through more action-oriented formats that encourage users to shop as they browse. After all, even without a “buy” button, 87% of Pinterest users already make purchasing decision based off what they’ve seen on the site.

If this idea excites you, the good news is that you won’t have to wait for the official launch of the “buy” buttons. There are already similar add-ons or third-party apps available that’ll allow you to sell through Facebook and Instagram to figure out if this method works for you, and whether the added cost may be worth it.

Shopify introduced the “Shopify Facebook Store” feature in November 2013. Basically, it allows a brand to set up a store to sell its products directly on its Facebook page. There will be a new tab for your Shopify Facebook Store. After that, you can select the products you want to showcase, and the app will pull image thumbnails and pricing directly into Facebook.

Considering the Shopify Facebook Store is free for Shopify users, averaging 4 ½ out of 5 stars in reviews, it’s a convenient extra channel for a brand to sell online. The main drawback of the existing store is the lack of overall visibility, as users have to be looking for the brand in order to discover the existence of a Facebook shop.

Of all the various forms of social media, Facebook is credited with generating the most sales for businesses, even without selling through the app. With the new “buy” button in the making, brands will enjoy actual sales within Facebook, on top of the increased visibility and brand awareness from banner ads.

Even before the announcement to introduce action-oriented formats on Instagram (read: “buy” buttons) was released a couple of months ago, Instagram had already evolved into an online marketplace. Independent retailers on Instagram have started selling their products through Instagram stores, which are either run through third-party eCommerce apps that pull images and descriptions from Instagram onto their platform, or through a reservation method devised by the stores themselves.

Third-party eCommerce apps are usually free to use, from which customers can click a link to take them to the online store, where they can purchase the items of their choice through either credit card or Paypal.

The reservation method works better with independent retailers selling one-of-a-kind items, where interested customers can reserve the item through commenting and pay for the it through bank transfers or paypal.

Some brands have already discovered that the fleeting nature of tweets makes Twitter a great platform for flash sales… even back in 2009 Dell Outlet’s $6.5M in sales was generated from Twitter alone!

And Twitter knows this too. A Twitter marketing executive points out that it’s unlikely to see “people (immediately) fully converting on bigger purchase items that involve a more complex decision process.” So for their tests, Twitter decided to capitalize on their popularity with musicians, allowing them to sell concert tickets and merchandise through the platform. After all, their official sample of the “buy” page features a signed limited edition (RED) t-shirt signed by celebrity DJ David Guetta to support the fight against HIV/AIDS in Africa… 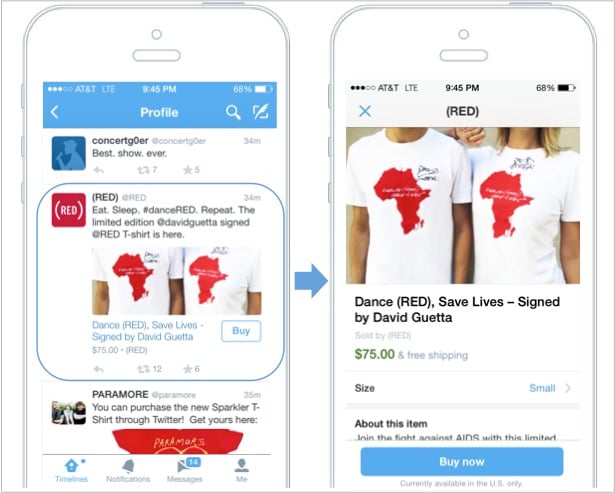 Social media will likely prove to be a valuable sales channel with regards to improved visibility and the ease of shopping, especially for SMBs. The importance of social media has been proven when it comes to customer engagement, but the success of social media as an effective sales platform remains to be seen.

Once these social media stores go live, we can definitely count on a shake-up of the eCommerce industry. Can Facebook become the new Amazon? We can’t wait to find out.