“The Warby Parker of mattresses”. That’s what Casper called itself when it launched back in 2014, a reference to the wildly popular direct-to-consumer eyewear startup.

The idea was so simple and smart that the New York-based online mattress company raised $1.85 million in its first round of funding, including investments from celebrities like Leonardo DiCaprio, Ashton Kutcher, and hip-hop artist Nas.

In recounting the Casper mattress story to Inc, co-founder and COO said his father, being a sleep doctor, offered him a unique insight into the mattress industries problems:

The mattress industry is a racket. You walk into a store expecting a confusing experience, but you don't expect the 35 models offered to be basically the same product with different labels. It's worse than buying a used car – at least there you have data points like horsepower, air conditioning, and a Carfax report. But who knows how many springs are good for you?”

Seizing the opportunity for an industry overhaul, the team spent eight months testing different mattresses and learned that most people need similar things, especially back support. With that in mind, they decided to manufacture a foam mattress that offered ample support through memory foam, as well as a layer of open-cell latex foam for breathability and just the right amount of bounce.

They also realized that a fast and free shipping solution, and the ability for customers to try the product at home, were pivotal to their success. By designing a mattress that could be compressed to fit inside a box the size of a standard dorm refrigerator, they could deliver their products via UPS at a tenth of the price of shipping a regular mattress.

By selling directly to the consumer via the eCommerce store, Casper was also able to undercut the price of comparable mattresses significantly. Parikh says they decided on a price point based on what they felt customers would be willing to pay, as well as operational costs:

We thought about how much we needed to spend on the materials as well as service and returns. There's a psychological barrier around $1,000, and most people spend $500 on their first bed. We had to be affordable enough so they could feel that they could reach up.”

The team’s tactics worked. Within 28 days of launching in April 2014, Casper had already sold $1 million worth of mattresses.

Selling value, not just a product

Aside from the benefits of the direct-to-consumer eCommerce business model, Casper’s founders knew that their long-term success hinged on promising a meaningful, positive lifestyle change beyond the product itself.

The company’s messaging revolved around the far-reaching benefits of better sleep for customers. Until last year, Casper even ran a sister website – Van Winkle’s – dedicated to the science of good sleep and sleep wellness.

They come to events, and test prototypes. Many are obsessive about sleep. They send us sleep tracker data and say, ‘I tested this product versus this one, and here's what I found.'"

Despite the buzz surrounding the Casper brand (including one of its mattresses making an appearance on Kylie Jenner’s Instagram account), its founders attribute much of their success to using smart tech. Their supply chain and inventory management software enable them to track materials and orders seamlessly, and even be proactive about customer service. As Parikh told Inc.:

We consider ourselves a tech company first. We've created software that lets us know exactly where our raw materials and mattress components are and how to forecast what and when to build. If the UPS truck is delayed, we can reach out to the customer and say, ‘Hey, we've been tracking your order and noticed something has gone awry.’ If you've bought a mattress, instead of having to find your order number, our customer-care expert knows who you are without even asking.”

As of 2016 – the last time Casper disclosed revenue or sales figures – the company had garnered sales of $200 million.

Today, Casper sells a suite of pillows, bedding products, and dog beds in addition to mattresses, and has partnered with American Airlines to design pillows, blankets, and other products for the airline's passengers.

Earlier this year, it also opened its first brick-and-mortar store in the heart of downtown New York, in SoHo. Casper CEO Philip Krim told CNBC that the company's goal is to learn from the store opening, see how shoppers react and plan from there. 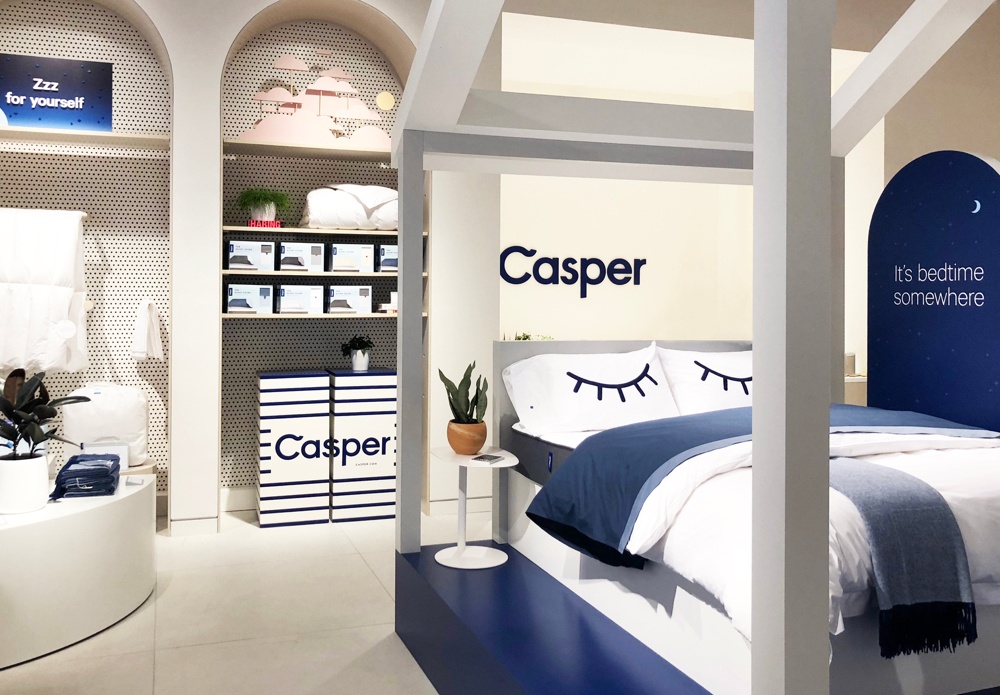 TradeGecko is a powerful platform for managing your eCommerce business.

Cut through the mediocre and start a free trial today!