How do you make the world believe that your poop doesn’t stink, or in fact, that you never poop at all? With Poo-Pourri, naturally.

Suzi Batiz knew she was onto something when she came up with idea for Poo-Pourri – a line of toilet deodorizers – in 2007. She liked working with essential oils and wondered if they could be used more effectively to trap and remove bathroom odors than standard toilet sprays. The potential was huge: her target market would be anyone who poops, which is to say, literally everyone.

Batiz was born in Arkansas, where she first pursued entrepreneurial ideas from the age of 16 before going on to declare bankruptcy not once, but twice after the end of her first marriage in her 20s and the stock market crash in 2000. 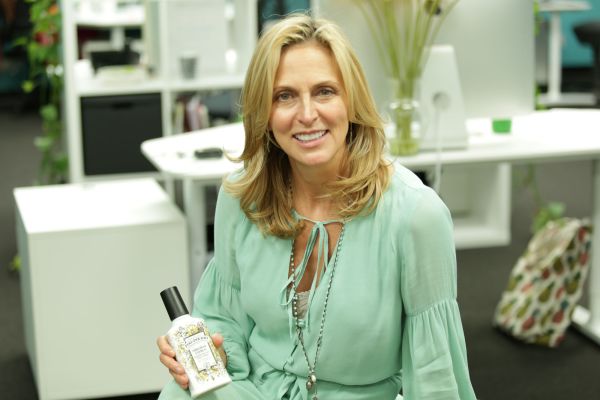 She told CNBC that she considers bankruptcy to be a blessing, because it helped her develop resilience and focus.

You know, you're always going to be afraid," she said, "but what happens is you keep getting up in the morning, showing up for work, because there's a passion within you."

Armed with her knowledge of essential oils and an entrepreneurial spirit, Batiz got to work creating prototypes of toilet sprays that work by creating a protective barrier and trapping odor when spritzed directly into the toilet bowl. Her test subjects were anyone who used the bathroom at her house:

My best friends and family would come over, and they would say, 'I've got to go to the bathroom,' and I would say, 'What are you doing? What are you going to do in there?'"

After nine months of trial and error, Batiz’s husband Hector walked out of the bathroom and declared;

We are going to be millionaires!"

On the road to “global poo domination”

Batiz and Hector used $25,000 of their own money to start manufacturing Poo-Pourri sprays, starting off by selling in small stores around the US. In 2013, after six years of modest growth, the brand became an international sensation virtually overnight thanks to a video entitled “Girls Don’t Poop”:

A young woman with a posh English accent sits on a toilet and announces;

The ad, which has since been viewed over 42 million times, went viral, and before Batiz knew it she was on her way to what she calls “global poo domination” with $4 million in backorders. Almost simultaneously, the company’s manufacturer announced they couldn’t ship sprayers for nearly four months.

"It was horrendous." Batiz told CNBC. "I emailed the CEO and said, 'I'm going to be on the first flight in the morning. I'm going to camp out in 48 hours, and I'm going to sit in your office, because I want you to tell me eye-to-eye that you can't help my company, because I'm going under.'"

As she was sitting in the American Airlines lounge, the manufacturer’s VP of global sales called Batiz and said, “Don't hop on a plane, we're going to help you." 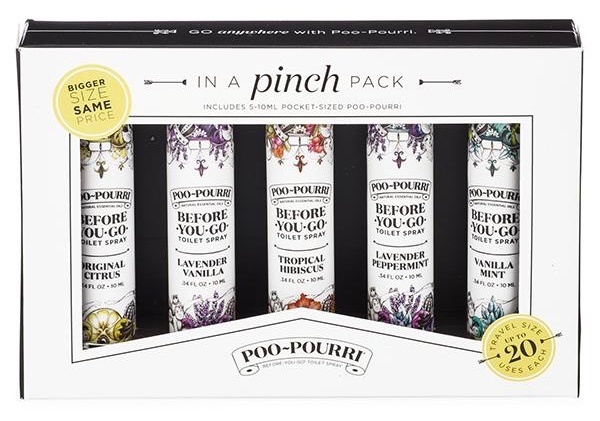 These days, it’s estimated Poo-Pourri is worth around $300 million. Batiz manages a team of more than 50 employees who handle the company’s supply chain, demand planning, and inventory management, among other departments.

As of 2014, the product range was available in more than 9,000 stores including CVS, Bed Bath & Beyond, Ulta, ACE, and True Value. The company also sells its products and subscription bundles worldwide via its eCommerce store.

By 2016, the company had sold more than 17 million bottles of Poo-Pourri, which is available in traditional scents like Original Citrus and Lavender Vanilla, as well as not-so-traditional fragrances like Deja Poo and Ship Happens.

So, what’s Batiz’s secret to success? Aside from her special brand of toilet humor, she puts it down to learning to trust her intuition and ask for help when she needs it:

[Looking back] I wish I knew to trust my intuition. I really knew more than any expert out there. I spent a lot of time following what other people said and not weighing how I felt about it,” she told Forbes.

“Another thing that I'd love for every entrepreneur to know, is that a majority of people want you to succeed… in my experience, there are so many people rooting for you to make it. Had I known that [before], I would have passed into that energy a little bit more, into some of those resources, instead of being so protective.”

It may have been a rocky road to get there, but for Batiz, success has never smelled so sweet.

Content is king: Great storytelling is critical for building brand affinity and awareness, and in the case of Poo-Pourri, it was a viral video that took the company to a whole new level of growth.

Perseverance pays off: When push came to shove, Batiz was willing to do whatever it took to negotiate with manufacturers and make sure the company was able to fulfill the huge influx orders after the video went viral.

Having a USP is key: There’s no shortage of air fresheners and toilet sprays out there, but at the time of Poo-Pourri’s inception, essential-oil based sprays that were meant to be spritzed in the toilet were a new concept – which gave the business a solid unique selling proposition.

Subscription bundles are a valuable consideration for eCommerce businesses: Not only do subscription boxes provide a service of convenience to customers, but they also help to stabilize demand.

Are you looking to better manage your inventory?

Start a free trial with TradeGecko. We run your back office, while you focus on growth.