Although calculating these numbers can range in complexity, the underlying principle is the same - you must price your product in a way to ensure that your costs are covered, and that everyone involved in the process gets a cut of the profits.

Although most people understand this in principle, accounting terms can be more difficult to grasp. Markups and gross margins can sometimes be used interchangeably, when they are in fact, two very different concepts.

What’s the difference between margin and markup?

The difference between margin and markup is that margin refers to sales minus the cost of goods sold (COGS), while markup refers to the amount by which the cost price of a product is increased to determine the selling price.

Mistaking margin and markup can lead to selling products at prices that are substantially too high or low, resulting in lost sales or lost profits.

Here are more detailed explanations of margin and markup, with examples:

We've assembled a useful infographic to help you differentiate between the two (kind of similar) concepts.

When should I use margin vs markup?

Now that you know the difference between markups and margins, you’re probably wondering which figure to work with.

To determine a selling price, the figure you should use is markup. Typically, different players along the supply chain will have relatively strict bands that they adhere to. In industries where competition is fierce, there may be standard accepted margins across industries. For instance, sourcing agents in China are used to dealing with a standard rate of 5-7% of the total order value.

This way, you can figure out the lowest price at which you’re willing to sell your products.

When you’ve reached your calculating your year-end performance however, it's typically better to use margins. Be sure to differentiate between gross margins (the topic of this article), and net margins, which take into account other operating costs.

How much should I markup my products?

Choosing your markup is more complex than simply pricing your products to make a profit. You also need to take into account custom pricing for different channels and customers to maximize value perception and business results such as site traffic, order values, sales, and margin, and to increase customer engagement and loyalty.

However, as a general rule, you should markup your products high enough that you will make a reasonable profit on sales after all overheads are accounted for, while also maintaining prices that your customers are willing to pay and that are competitive.

For more information, take a look at our guide to common retail pricing methodologies.

Pricing can be a challenge for many businesses, and while there’s no magic formula for the ideal margin and markup, there are tools you can use to automate the initial process.

Solutions like TradeGecko not only help manage inventory and sales and purchase orders, but also include robust reporting capabilities that can help you keep your prices and profit margins at an optimal level in line with customer demand, your operational costs, and the broader market environment. 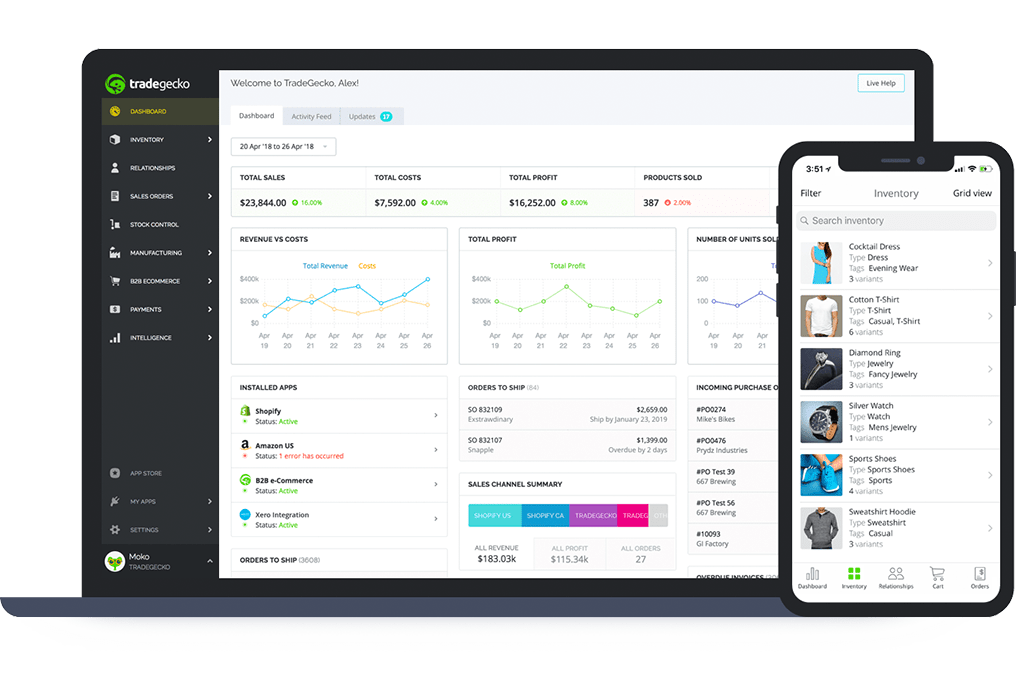 Inventory Management Software to Power Up your Business

Save time and money by signing up today!

how to manage Small business growth