Moana Road is a Giftware Wholesaler based in Wellington, NZ. Founded in 2008 by Paul Ballentyne, a former Economics teacher, Moana Road has expanded quickly. There are now over 500 stores stocking their range of giftware, art, and homeware. In August of this year, Moana Road also launched in Melbourne, Australia.

So how did the business come to be and settle into its current form? Moana Road gives us some insight into the inner workings of the wholesaling business, a notoriously old school industry, and how they're using technology to maximize their growth.

In 2008, Paul began photographing New Zealand and emailing the photos overseas - where they were then printed and oil painted. He then framed and sold his work in markets all over the country.

With such an enthusiastic response, it made sense to continue expanding his efforts. A series of successful pop up shops in Wellington, Porirua, Palmerston North, and Auckland confirmed the demand for Paul’s work. We’ve previously written about the benefits that pop up stores can bring to e-Commerce businesses. By staging little pop up stores all over the country, often in foot traffic heavy locations such as shopping malls, Paul was able to gauge the interest in his products.

After establishing that there was indeed substantial demand, Paul decided to expand the business. Now a pure wholesale business, Moana Road supplies to retail stores that sell everything from ladies handbags to tourist shops.

How to sell as a wholesaler

Trade shows are still an important part of many wholesaler’s customer acquisition strategy. Moana road attends two gift fairs throughout the year, a channel that has helped them secure 80-90% of their customer base. The rest comes from word of mouth and online queries.

Interestingly, many of Moana Road's resellers still operate in quite traditional ways - the vast majority are family owned small businesses that source their goods from these fairs once or twice a year. Surprisingly, some of these resellers aren't online yet. This provides a valuable lesson for wholesalers operating in certain industries - just because you conduct most of your business digitally doesn't mean that your customer base will as well. Taking advantage of multiple sales channels is a must as business becomes more competitive - and that means going after more traditional segments in addition to the more easily accessible online customer base.

Our customers love the QuickBooks Commerce-Xero integration and Moana Road is no exception. Like many small businesses, Moana Road began to look for a solution that allowed their staff to access inventory and accounting data from anywhere. Members of the team wanted to work from home and a Cloud-based solution allowed them the flexibility to do so. Now that Moana Road operates across two countries, it's more important than ever that their backend systems are integrated so that people across different locations can access the same information in real-time. The company is growing quickly, and having scalable systems in place will make it that much easier to expand in the future.

Although the company frequently deals with a less tech savvy customer base, it hasn't stopped Moana Road from embracing all the benefits of the Cloud. It might take some time before Moana Road's customer base moves to transacting online, so until then, it's important to offer retailers a range of options so that they maximize their potential customer base.

Misthub - how to capture a growth industry

Sensational Kids - how to bring additional value to online shopping 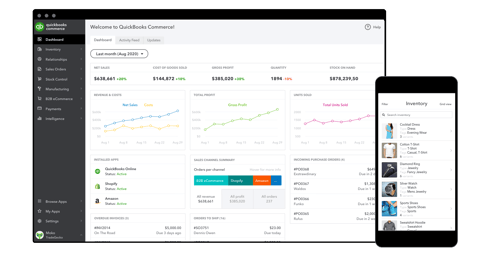