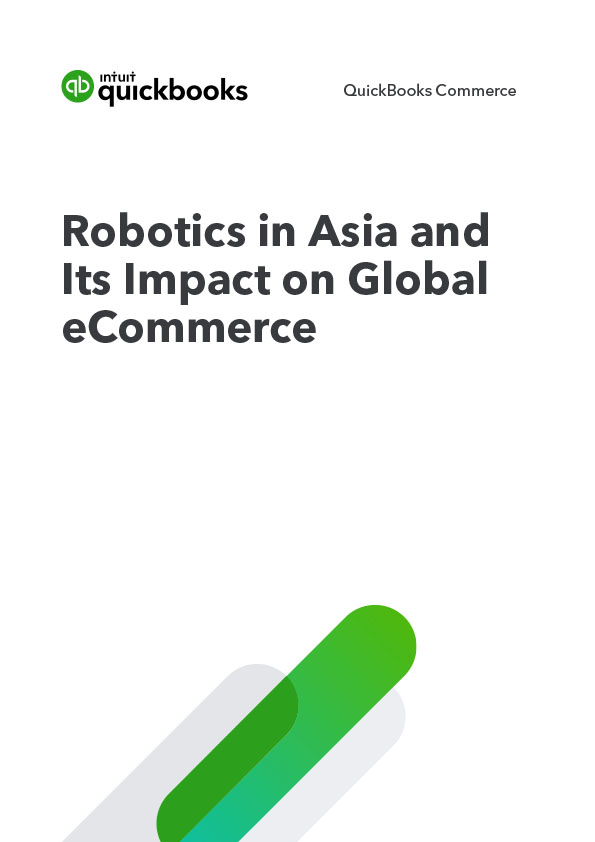 Robotics in Asia and Its Impact on Global eCommerce

The robots are coming

And Asia’s monolithic investment in automation is poised to reshape eCommerce the globe over. Are you ready?

Despite decade-old headlines proclaiming their arrival, the true impact of robotics has yet to be felt. Within the next five to ten years, all that will change.

In the case of eCommerce, taking advantage of Asia’s present reality means asking and answering two questions. One, how did China come to rule the robots? Two, are robotics a threat to eCommerce or an opportunity?

How Did Asia Come to Rule the Robots?

As a big-picture starting point, the projected compound annual growth rate of global robotics between 2000 and 2025 sits at roughly 10%, with the commercial market at 13.2% and consumer market at 21.9%.

Those expansion rates, however, pale in comparison to the absolute revenue for both industrial and non-industrial robots: a 1,168.7% increase in market size from $39.3 billion in 2017 to just under half a trillion dollars by 2025.

Size of the global market for industrial and non-industrial robots between 2017 and 2025
(In billion U.S. dollars)

Nobody is betting bigger on robotics than Asia. According to the World Robotics 2017 Industry Report, Asia is the “world’s strongest growth market” for industrial robots.

In fact, three of the top five countries supplying industrial robots are located in APAC: 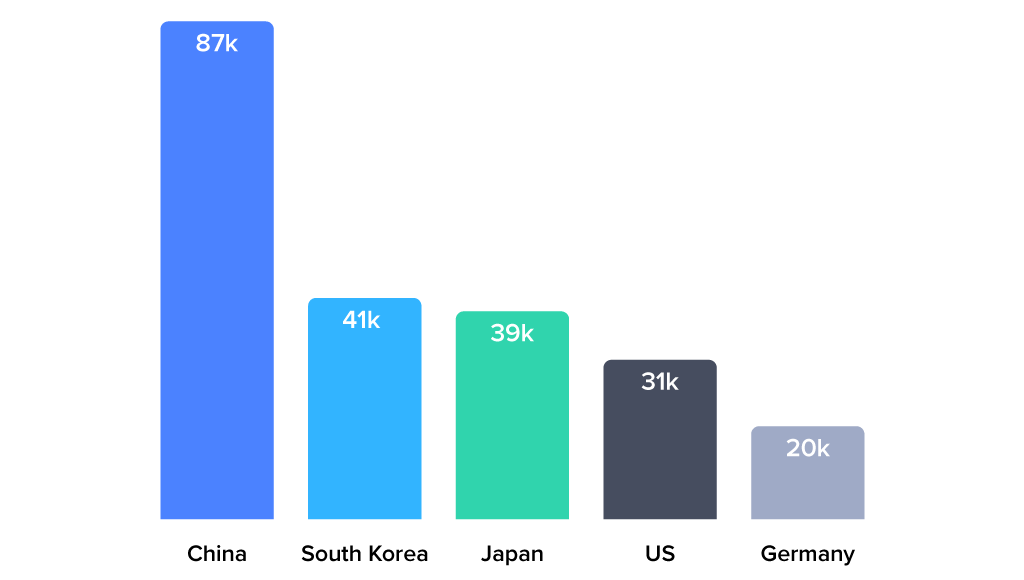 To put that in perspective:

Even more staggering, the above data was collected prior to three developments…

For eCommerce leaders, the temptation to write off robotics as a pure manufacturing play is not only dangerous, but potentially catastrophic.

Certainly, sourcing and production will be heavily influenced by the robot revolution. In addition, by 2020, every segment of the global automation market will grow by the billions:

On top of that, “pick and pack” is already the fourth largest use case for robotics in the Asia Pacific region and — according to Deloitte — while chief procurement officers reduced their expected level of technological impact on business across the board for areas like analytics, cloud computing, and even digital platforms… the impact of “robotic process automation” nearly doubled. 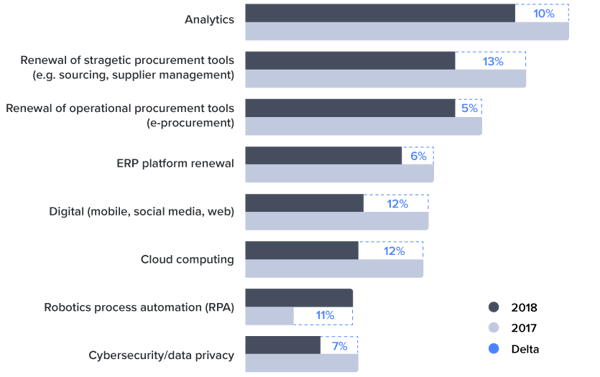 There has been a renaissance in “made in China” manufacturing, led by an integrated approach to rapid urbanization, economic growth, and heavy investments in infrastructure.

In essence, Asia at large and China in particular is leapfrogging the America’s traditional production, warehousing, and delivery/postal systems: first by creating and then devouring the best, most-profitable slices of the global supply chain.

Warehouses aren’t the most difficult thing to overhaul, but the groundswell of new logistics, self-driving vehicles, Alibaba’s roll out a million “smart vehicles,” pushing lower components of the supply chain to Africa, and taking the most valuable components by investing heavily in R&D, enforcing trade tariffs to limit competition in key markets, as well as acquiring top tech from abroad to accelerate all add up to a single theme…

When you build and control the infrastructure from the top down, you might as well be at the cutting edge.

Although a relatively recent development, Midea’s acquisition of German robotics maker Kuka for $5 billion is a microcosm of China’s macro strategy.

Against Europe and the United State’s idea of how business works — most notably, antitrust laws and governmental involvement in “free” markets — China acts with a single-minded focus on advancement. No business in China at that level operates independent of the government’s clear, long-term vision.

Ironically, China’s communist roots give it the ability to execute state and business strategies in tandem in a way that flip flops capitalistic expectations.

Any business within China that buys a business outside of China with over a billion dollar price tag is undoubtedly a state-directed, or at least a heavily-state-influenced, acquisition. The “Made in China 2025” plan hardly makes this a secret. By purchasing and then infusing the top robotics company in the world into their holistic approach, China is again leapfrogging everyone else.

In other words, there’s no scenario in which China — and Asia by extension — doesn’t get better, faster. Their unified approach to wholesale change versus the America’s disjointed approach that’s still reliant on legacy systems means China is simply playing a different game.

Despite production levels in America being at an all time high, for many, the robotic revolution is a scary prospect because of three potential impacts on domestic economies.

By 2030, it is estimated that (in America alone) 73 million jobs will be displaced by automation. While startling, that number is just over half of India’s 120 million displaced jobs and only a third of China’s 236 million.

The positive rise of China’s average income can be perceived as having negative implications in North America and EMEA. Anytime economic groups merge — the effect isn’t averaging up. For some, meeting in the middle can sound unsettling.

This last fear is more an outgrowth of globalization itself than robotics, although the two overlap. Even with the United States being at the highest point in manufacturing output in history, the first casualty of any “trade war” — at the risk of getting political — is the supply chain.

The Council on Foreign Relations’ ominously titled op-ed “Why Does Everyone Hate Made in China 2025?” summarizes the situation:

“The supply chains for hi-tech products usually span across many borders, with highly specialized components often produced in one country and modified or assembled somewhere else. Rather than abiding by the free market and rule-based trade, China is intent on subsuming the entire global hi-tech supply chain through subsidizing domestic industry and mercantilist industrial policies.”

Globalization means that no country can stand on its own. It has to buy its middle of the stream supply chain components from all around the world. When the cost of those components go up, so too does the cost of production, thereby lowering margins.

With those fears in mind, the next question becomes …

Get the eBook version of this article

Are Robotics a threat to eCommerce, or an Opportunity?

The first fear, employment, is perhaps the easiest to quell.

The rise of cobots — or cobotics — may temper the figures noted above. In manufacturing, cobotics is the idea of using robotics to increase human ability, e.g., the speed at which something is created. Instead of replacing individual jobs, cobots will enhance and coexist with human production.

In eCommerce especially, robot trolleys that follow employees or that bring the goods directly to the picker remove a lot of the low-cost jobs associated with picking and packing. By optimizing these processes, the pay and technical skills of those who remain is dramatically improved. 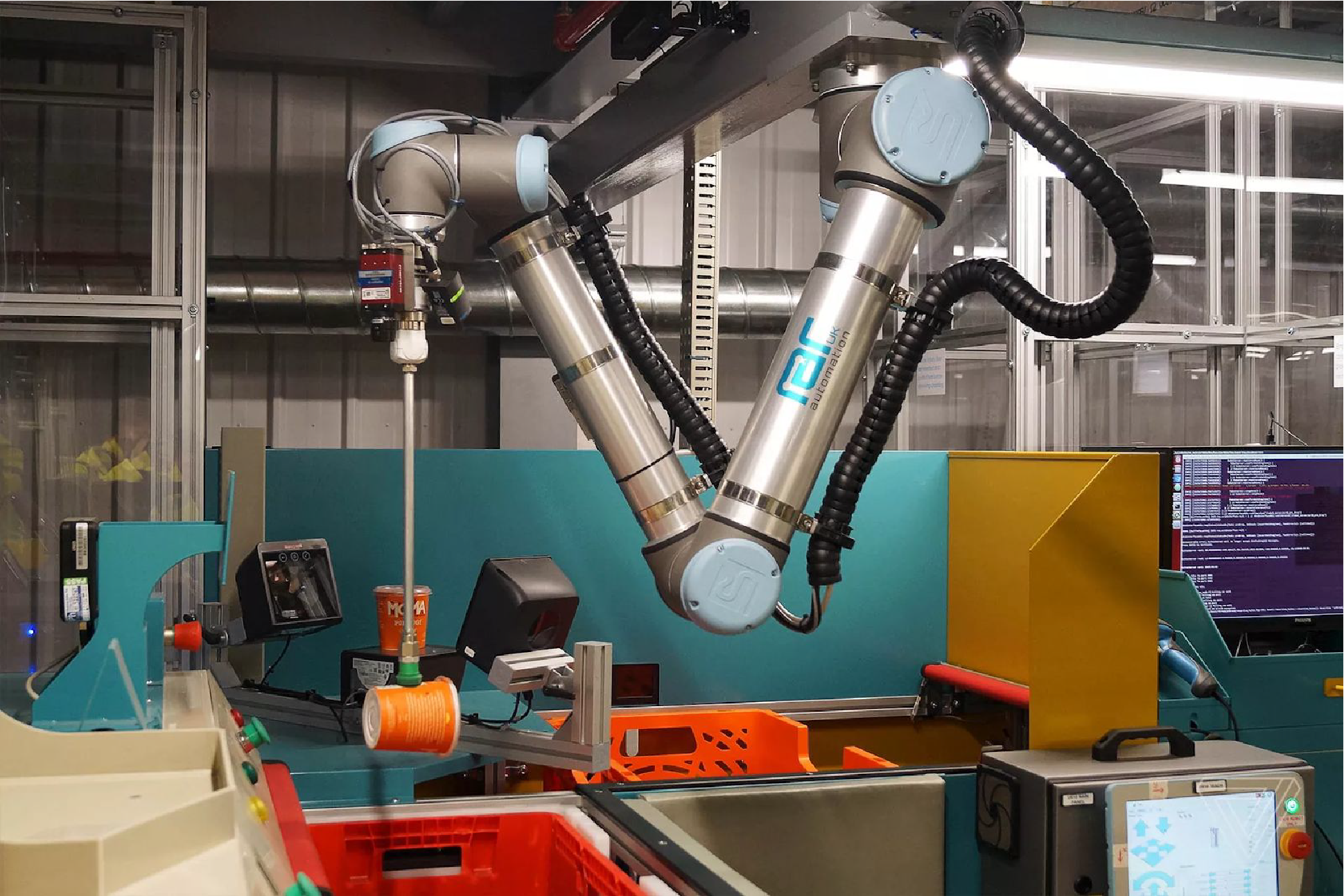 “You may have seen some pretty impressive headlines about artificial intelligence trouncing humans at this or that task, but it’s worth remembering that nothing stumps a robot quite like a bag of oranges. They just can’t deal with it. The bag moves in too many weird ways, there are no obvious bits to grab hold of, and if you squeeze too hard you end up with orange juice instead. That’s why Ocado still employs plenty of humans.”

For eCommerce leaders, cobotics and “warehouses of the future” can feel theoretical. After all, few businesses operate at the scale necessary to create them. The point, however, is to pick — pun intended — your partners carefully.

Whether domestic or international, third-party logistics, order-management systems, and warehouses that are investing in robotics as part of their present and future roadmaps are crucial.

Second, as it relates to quality of life, while “meeting in the middle” can be initially unsettling, over time the total market size for everyone involved will grow.

As robotics, urbanization, and infrastructure in Asia have improved, a new middle class has already emerged. That demographic isn’t as wealthy as the North American or European middle class, but it will be. As a result, the global average middle class may decrease, but in the long term anyone producing anything in the world will have a far larger pool of people to sell to.

Three years ago, few would have wagered that the largest sales channel for a high-end manufacturer of leather bags in the United Kingdom, like Cambridge Satchels, would be Chinese consumers on Tmall, owned by Taobao. Nonetheless, such is the topsy-turvy world we now live in.

Some Asian markets — most notably, South Korea and Japan — are more open to North American and EMEA than others.

And yet, even in China, through marketplaces and native, third-party sellers, forward-looking eCommerce companies can begin making profitable inroads.

Third, what about supply chains and manufacturing itself?

The mantra “Make it all here” may still ring out in certain circles, but its days aren’t just numbered; they’ve run out.

And the truth is that’s a very good thing.

These days, companies creating the high-value products now and into the future do so by buying low-value components produced elsewhere.

Wealth and success rarely come from the components, rather they arise from intellectual property and the finished product.

We can give people meaningful work and a reversion to craftsmanship by enabling them to focus on higher value parts of the manufacturing and supply chain process.

Either they’re going to low-cost countries, which is fine as it accelerates those economies, or to robotics and other technologies.

The most positive externality is a much-larger global middle class with access to eCommerce. If you want to create custom, handcrafted wooden mobile phones or expand your share of a pre-existing industry, the markets for both now exists because…

One, more consumers in the global economy and, two, the global supply chain unleashed by robotics, technical advancements, AI, and more enable small-to-medium businesses to build and sell a highly technical or previously highly expensive product.

In short, the robots are coming. In fact, they’ve already arrived.

But the robot revolution in China — soon to ripple out to the rest of the world — should be seen as an opportunity, rather than a threat. As long as you and your company are ready.

Reshape your business with QuickBooks Commerce

Start a free trial with access to all QuickBooks Commerce features