Download the PDF version of this article! It is the opportunity for small business owners to disrupt fashion eCommerce. Find out how with this guide. 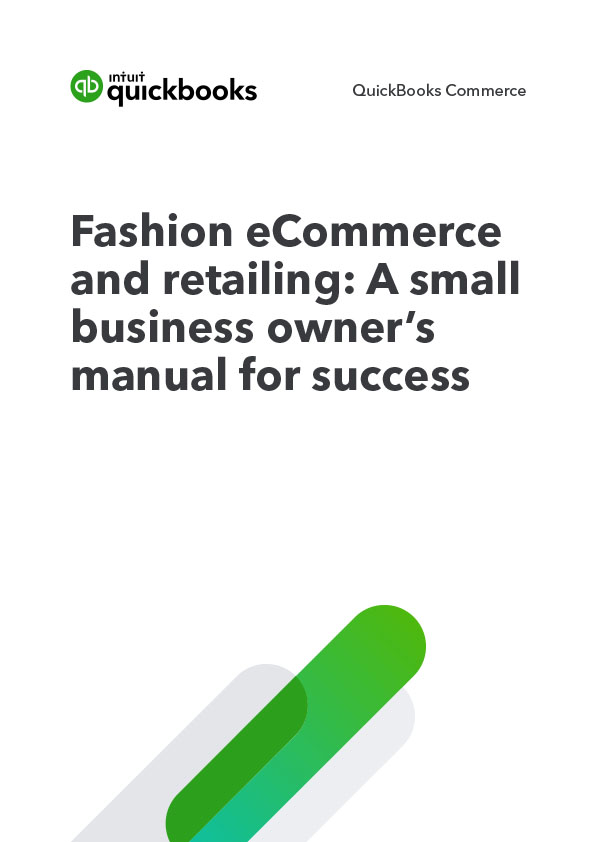 Trends and opportunities in the eCommerce fashion industry

Before we begin, let’s survey the fashion industry by the numbers. According to aggregate data, the compound annual growth rate (CAGR) for online fashion — meaning, its year-over-year rate of return and total market value — is predicted to be 10.3% between 2018-2023.

Simply put, not only is fashion already the largest B2C eCommerce segment in the world, it’s expected to reach nearly $900 billion within the next four years. 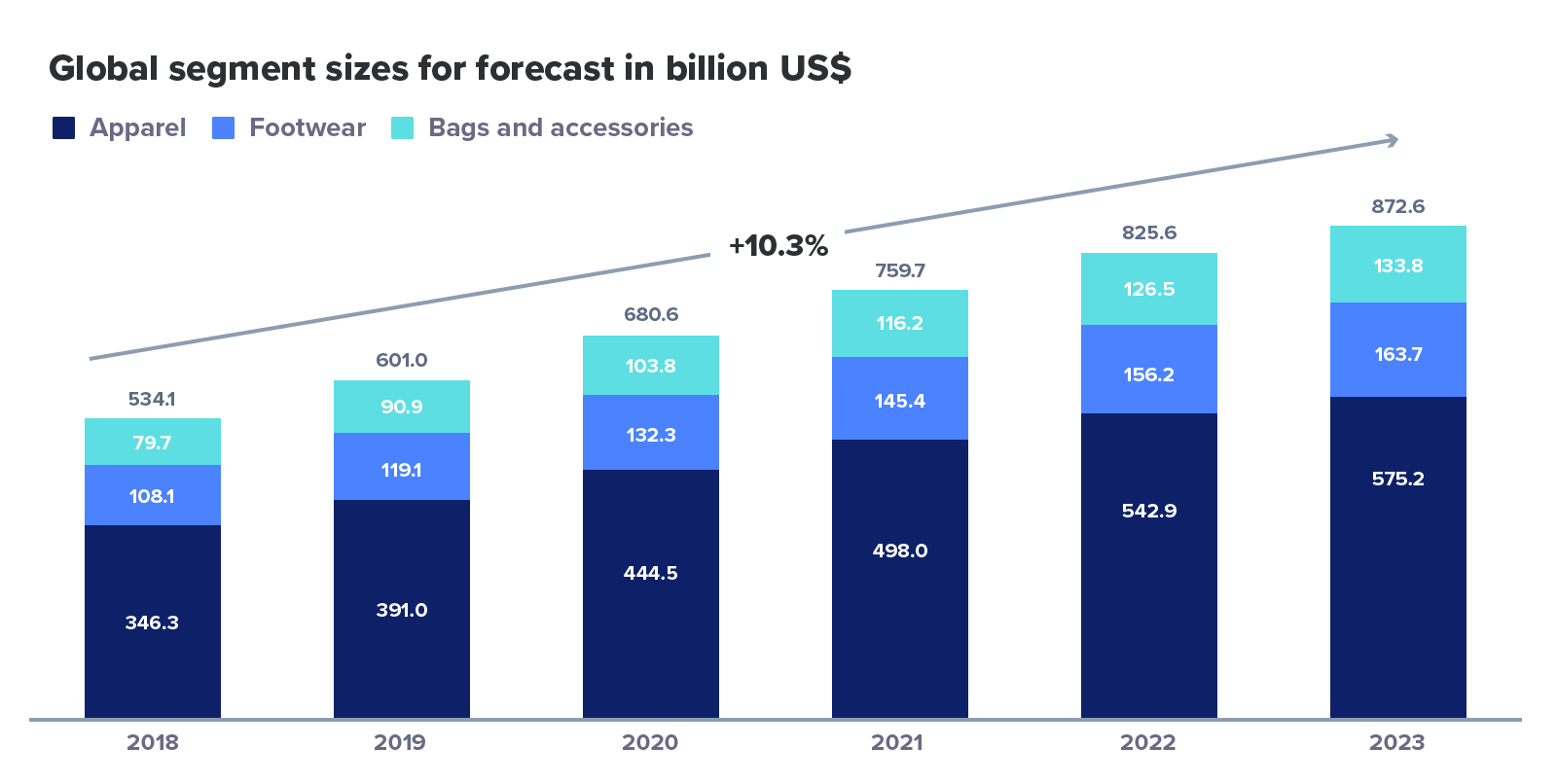 Strong numbers to be sure. However, it’s within those big numbers that fashion’s opportunities and challenges reside: namely, the three main verticals: (1) apparel, (3) footwear, and (3) bags and accessories.

1. Continued willingness to spend on apparel

Revenue growth in apparel will rest primarily on increased consumer spending not because there will be more customers buying apparel. When you look at the growth rate for the number of customers across verticals (tracking 2017-2023), the discrepancy speaks for itself: 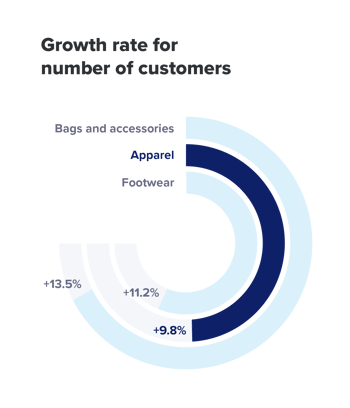 But, there’s a bright side: within the online fashion industry, customers spend the most on clothes, period.

Rather than focus on new customer acquisition, which will only become more competitive, build your strategy around maximizing the lifetime value of existing customers.

On the flip side, while the average revenue per customer for bags and accessories as well as apparel is predicted to grow, the same number for footwear is predicted to shrink: 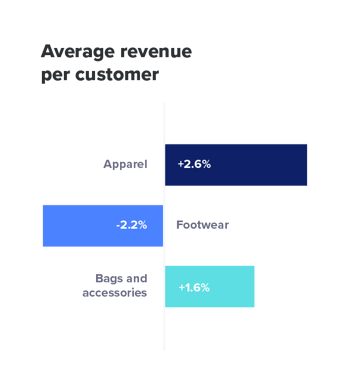 In other words, although both the overall market value of footwear and the total number of footwear shoppers will increase, those customers are expected to spend less individually.

Price-conscious shoe shoppers means inverting apparel’s overall takeaway: rather than prioritizing the value of existing customers, gaining new customers should be placed at the heart of your strategy.

3. Increased customers and spend on bags and accessories

Bags and accessories is the fastest-growing vertical in terms of revenue, despite having the lowest absolute numbers among the three. Digging into the numbers reveals two reasons why.

Second, customers are able and willing to spend more on this vertical. Customers have historically spent more on bags than shoes. Into the future, that divide will only widen.

Opportunity in bags and accessories

Ease of market penetration and average customer revenue makes bags and accessories the best undervalued bet in the fashion industry.

With the table now set, the question becomes: what can you do as a new or growing online retailer?

Chapter 1: The state of fashion eCommerce and retailing

Streamline your fashion and accessories business with QuickBooks Commerce